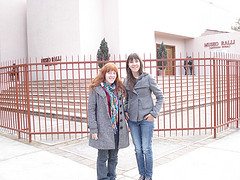 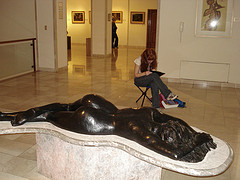 On September 30th, St Paul’s School sent two pupils to the semi-finals of the ESU Writing Competition, which took place at the Ralli Museum in Santiago.

The two participating pupils were Magdalena Friedrichs and Carolina Gana, both from 4th Seniors. They had, about two months back, sent in a five-paragraph essay, and based on this piece of writing were selected to take part in the semi-finals. They were asked to select a work of art in the museum and use it as a source of inspiration for an original story, written in a three-hour period in the museum itself. The winners of this competition will be announced at a ceremony in the Ralli Museum at the beginning of November. The school thanks them for their participation and hard work!